I've spent most of my life in "hurricane country," near the Florida Gulf Coast. When I was seven years old, Hurricane Eloise blasted up through the Gulf, laying waste to much of Panama City Beach and scarcely losing any steam before she wrecked most of my hometown, Enterprise, Alabama.

For a small child, watching Eloise was like having the greatest disaster movie ever made playing outside your window. My sister and I sat on her bed, watching one pine tree after another snap over and fall in our backyard. One of our bulldogs cowered in her doghouse, unwilling to cross the yard to come inside--until a gust picked up the doghouse and carried it a few yards across the ground. She set a new bulldog land-speed record getting to our back door after that.

When a tornado passed over our house, taking down our TV antenna but fortunately doing no other damage, our mom grabbed us up and huddled against the house's brick chimney. Even amidst the deafening freight train noise as it went by, I was too young to be anything other than excited. It was years before I realized how close we'd all come to being killed in that moment.

Inside the eye, at the heart of the hurricane, we all went outside to look around. The rain and winds had stopped, and most of the trees around our house had already been knocked down. Even the bulldogs came out to snuffle around in the eerie calm. The approaching back end of the eye-wall looked like the interior of a stone castle keep, dark gray, cyclopean, towering, advancing relentlessly to bring on the second round of destruction.

After the storm, we kids were convinced that Enterprise had been converted into the biggest playground in the world. Trees knocked over like dominos became massive jungle gyms, and there was seemingly no end to all the interesting things to explore amidst all the damage. Our dads got to go chop stuff up with chainsaws instead of going to work, and school, of course, was out for more than a week.
Posted by Will Collier at Saturday, August 27, 2011 No comments:


Now here's a media scandal for the summer "silly season": The Weekly Standard runs an umpteen-word cover story on vodka... but doesn't bother to interview the internationally-renowned VodkaPundit.

Victorino Matus, you got some 'splainin' to do...
Posted by Will Collier at Tuesday, August 16, 2011 No comments: 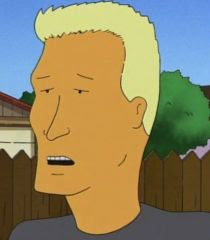 "Dang ol' movie got James Bond man, got Indiana Jones, it's a dang ol' Western with spacemen and goin' waddaya call, BOOM! and carryin' on, man.