M.G. Siegler at TechCrunch has the scoop on the long-rumored Amazon Tablet, which they say will be announced tomorrow:

On Wednesday morning in New York City, Amazon will unveil the Kindle Fire. Yes, this is the name Amazon has settled on, to help differentiate the product from the e-ink Kindles, which will still be very much alive and for sale. And while Amazon CEO Jeff Bezos will show off the Fire on stage, it won’t be ready to ship until the second week of November, we’ve learned.

Everything we’ve previously reported on the hardware remains the same. It will be a 7-inch backlit display tablet that looks similar to the BlackBerry PlayBook. Gdgt’s Ryan Block was able to dig up a bit more about the connection. Apparently, the Kindle Fire looks like a PlayBook because it was designed and built by the same original design manufacturer (ODM), Quanta. Even though Amazon has their own team dedicated to Kindle design and development, Lab 126, they wanted to get the Fire out there in time for this holiday season so they outsourced most of it as a shortcut.

Block’s sources seem very wary of this shortcut move. But having played with a DVT model myself, I can assure you that it’s better than the PlayBook because the software is better and, more importantly, the content available is much better. Amazon has built their own custom version of Android (that looks nothing like Android) and it utilizes their own Android Appstore. While that store doesn’t offer all the apps found in Google’s Android Market, Amazon has been rounding up the big app makers to get them on board for the Fire launch, I’m told.

Is it the long-sought (by anti-Apple enthusiasts) iPad Killer? Heck if I know, but Amazon did do a bang-up job on previous Kindles, and they're the only company in the world with the content muscle to hang right in there with the iTunes Store.

And just try and tell me this isn't the perfect background screen for one of these suckers: 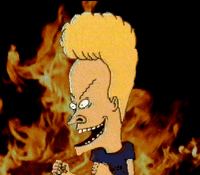 Posted by Will Collier at Tuesday, September 27, 2011 No comments: