New at Pulp Engine- the Story Behind the Story


A new story of mine, "Hell Ain't A Bad Place To Be," debuts this week at Pulp Engine. More accurately, it's very old story that hasn't seen the light of day in quite a while. Consider this post the "director's commentary." 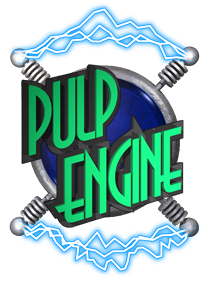 "Hell" dates way, way back to the mid-1980's. My original idea was to do a story about the fear of driving, which itself sprang out of early experiences in driving through Birmingham, Alabama as a teenager. Compared to the sedate pace of my hometown in south Alabama, the cars and trucks buzzing around I-65 and its multi-laned counterparts were more than a bit unsettling. I often found myself getting a glimpse of a debris-strewn breakdown lane and wondering what it would be like to be stuck there on foot as traffic roared heedlessly by.

By the time I got to college, the bare bones of a story called "Offramp" had percolated to the point of a couple of opening paragraphs and a portentous opening quote from Robert Plant's song "Big Log." The plot involved a single, unpleasant character who would have a nighttime wreck on a filthy patch of crowded interstate, be terrorized afterwards by monstrous cars and chittering roadside animals, and eventually realize that he'd been killed in the wreck, and the awful highways he now found himself on were part of Hell.

Around 1990, in need of a first story for Stephen Gresham's speculative fiction course, I dredged up the bits of "Offramp" and pitched it in his office. Dr. Gresham quite correctly noted that I'd managed to come up with the same hoary plot as a couple of dozen "Twilight Zone" episodes that ended with, "Oh, no--I'm in Hell!" and patiently suggested that I try again.

Not being happy with this criticism of my would-be masterpiece, I sulked for a while. But somewhere along the line the thought popped up, "Hell is probably so crowded these days, the guy would have to wait in line to be tortured." The light came on in my head, and I had my story, which wound up being very, very different from "Offramp"--although the bones of that never-written story peek out a bit on the first page. It practically wrote itself, and it's about the only piece of my juvenalia that I'm still happy with.

"Hell Ain't A Bad Place To Be" (the title cheerfully lifted from the flipside of an AC/DC single I'd run across in my high school record-store clerk days) got an "A," but then languished in an obsolete file format on various floppies, CD-Rs and hard drives for the better part of the next twenty years. A couple of months ago, needing more material for the ravenous maw that is Pulp Engine, I managed to get a Macintosh System 7 emulator running, and finally retrieved "Hell" from its digital purgatory.

A quick (and admittedly perfunctory) polish later, it lives again, now on the web. Hope you enjoy it.
Posted by Will Collier at Wednesday, November 18, 2009