I Find Your Lack Of Cash Disturbing


From the New York Post, clear evidence that the recession has spread to the Empire: 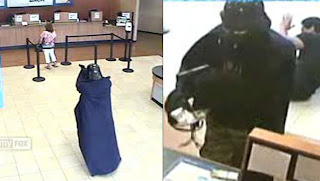 There was no telling whether he needed to use the force to make bank employees comply, cops said, but at one point, the Vader invader kneeled as if speaking to the Emperor and aimed his gun.