Getting Better All The Time


As if this week hasn't been fun enough already, from The Hill, more evidence of jobs that weren't saved by the Stimulus:

"The very difficult economic environment has had a significant impact on Air America's business. This past year has seen a 'perfect storm' in the media industry generally," Charlie Kireker, chair of Air America Media, wrote in a letter to employees.

Air America was founded in 2004 as a liberal response to conservative dominance of the radio airwaves. In five years it has served as a platform for a number of liberal talkers that have moved on to prominence, including now-Sen. Al Franken (D-Minn.) and MSNBC host Rachel Maddow.

The network will air re-run programs until January 25th, at which time all programming will end. 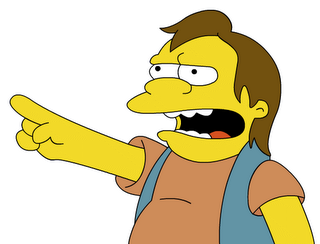 In the immortal words of Nelson Muntz, "HA-Ha!"
Posted by Will Collier at Thursday, January 21, 2010